Translate to English
0
Tweet
0
Édouard Manet (1832–1883) was a dedicated student of earlier European painting and, most especially, an admirer of Spanish art and culture.

The languorous pose and costume of the female model in his work Reclining Young Woman in Spanish Costume are based on a famous painting by Francisco de Goya, Clothed Maja.

The playful cat and the tuffeted daybed, however, firmly place the painting (and viewer) back in Manet’s studio. An inscription in the lower right dedicates the painting “To my friend Nadar.” This refers to the photographer, caricaturist, and novelist Félix Nadar, whose studio housed the first exhibition of the “Impressionists” in 1874. Manet never exhibited with the group but was an important influence on their art (© Yale University Art Gallery). 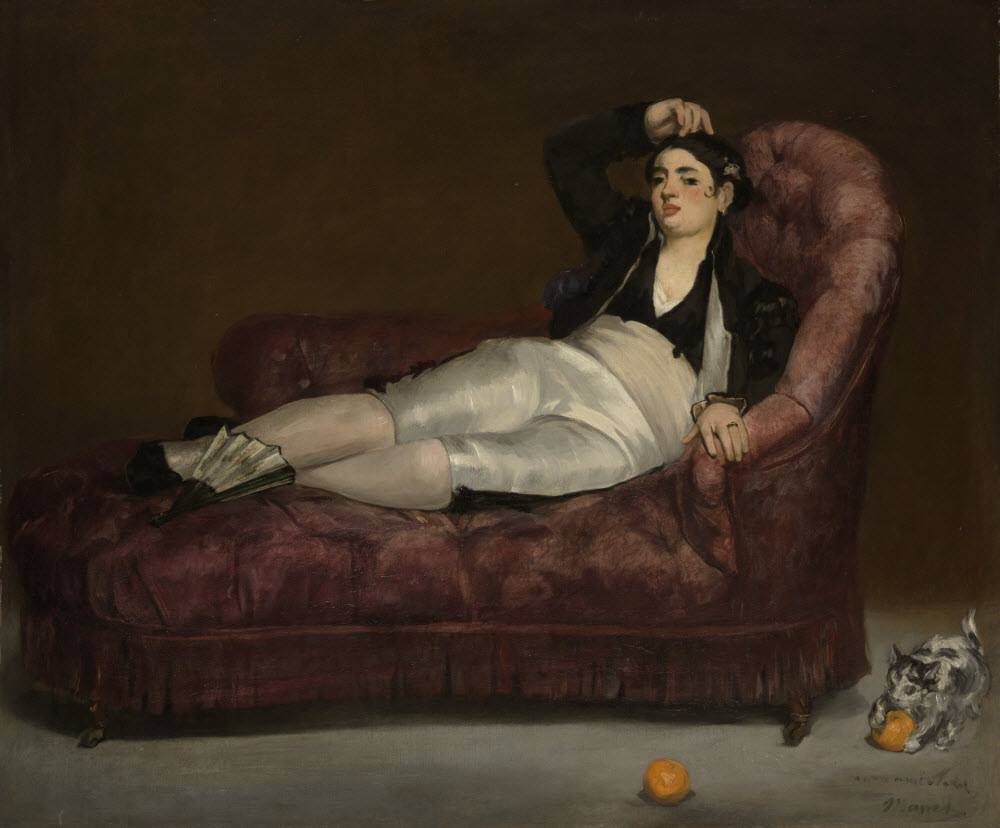 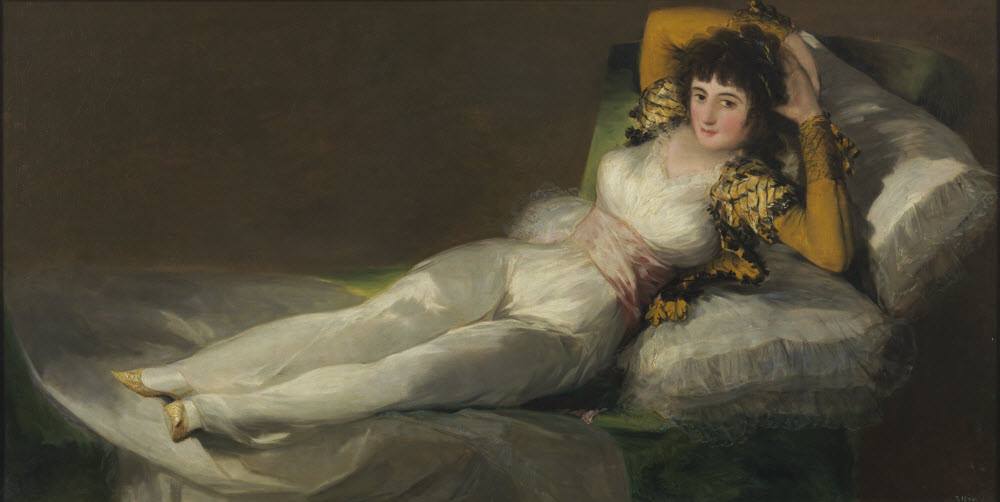