The world's oldest museum was built 2,500 years ago and discovered in 1925 by archaeologist Leonard Wooley. While we can only imagine how this ancient museum really looked like, we've compiled a list of some of the oldest and finest museums in Europe that you can still visit.

The world's oldest museum was built by a Babylonian princess 2,500 years ago.
Early museums began as private collections of wealthy individuals, families or institutions of art and rare or curious natural objects and artefacts. These were often displayed in so-called wonder rooms or cabinets of curiosities.

The oldest such museum in evidence was Ennigaldi-Nanna's museum, dating from c. 530 BC and devoted to Mesopotamian antiquities.

In 1925, archaeologist Leonard Woolley discovered a curious collection of artefacts while excavating a Babylonian palace. They were from many different times and places, and yet they were neatly organized and even labelled. Woolley had discovered the world’s first museum.

It’s easy to forget that ancient peoples also studied history - Babylonians who lived 2,500 years ago were able to look back on millennia of previous human experience. That’s part of what makes the museum of Princess Ennigaldi so remarkable. Her collection contained wonders and artifacts as ancient to her as the fall of the Roman Empire is to us. But it’s also a grim symbol of a dying civilization consumed by its own vast history. You can read the whole article here.

- The Capitoline Museums (Musei Capitolini, also in the picture above), the oldest public collection of art in the world, began in 1471 when Pope Sixtus IV donated a group of important ancient sculptures to the people of Rome.

The Capitoline Museums are a group of art and archaeological museums in Piazza del Campidoglio, on top of the Capitoline Hill in Rome, Italy. Here you can admire medieval and Renaissance art, ancient Roman statues, coin and jewellery collections, and much more. 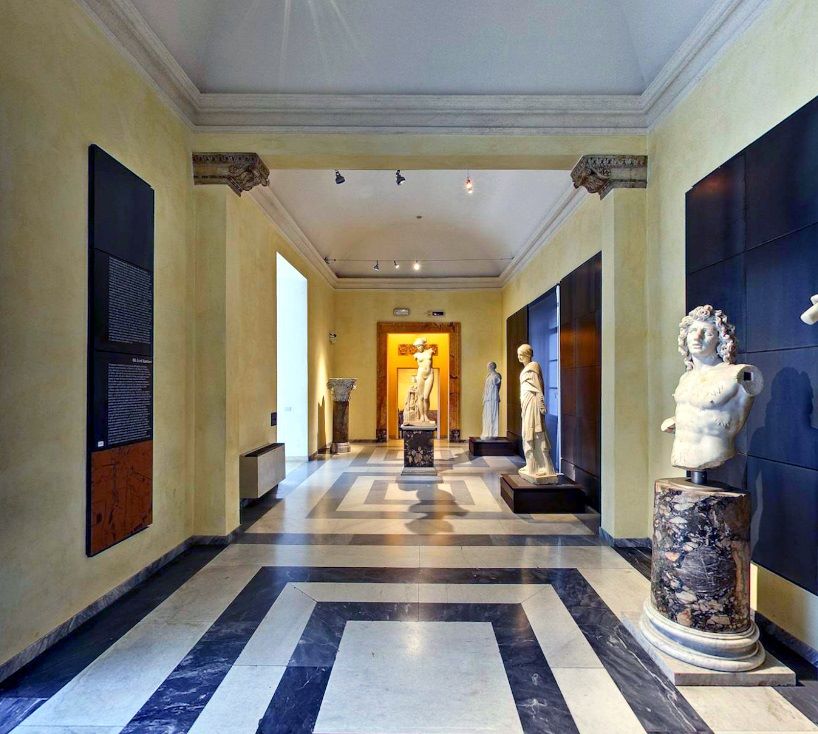 - The Vatican Museums (Musei Vaticani), the second oldest museum in the world, traces its origins to the public displayed sculptural collection begun in 1506 by Pope Julius II.

The Vatican Museums are a group of museums located inside the Vatican City, displaying works from the immense collection built up by the Roman Catholic Church throughout the centuries, including some of the most renowned classical sculptures and most important masterpieces of Renaissance art in the world.

- The Royal Armouries in the Tower of London is Britain’s oldest museum, one of the oldest museums in the world and home to the world’s oldest visitor attraction. It opened to the public in 1660, though there had been paying privileged visitors to the armouries displays from 1592.

Today Royal Armouries is located at three sites across the England: in a purpose built museum in Leeds, West Yorkshire; a Victorian fort at Fort Nelson, Portsmouth, Hampshire; and its historic home at the Tower of London in the White Tower.

- The Ashmolean Museum is Britain's first public museum and the oldest university museum in the world. In 1677, it received its first collection, the cabinet of curiosities from Elias Ashmole. The following year, the building for the collection was started. It was finished in 1683.

Today, the museum houses an extensive collection of items with artistic and archaeological significance. Notable collections and items that you can admire at the museum are biblical manuscripts, drawings by Leonardo da Vinci, Raphael, and Michelangelo, watercolours by Turner, a ceremonial dress owned by Lawrence of Arabia, and more. 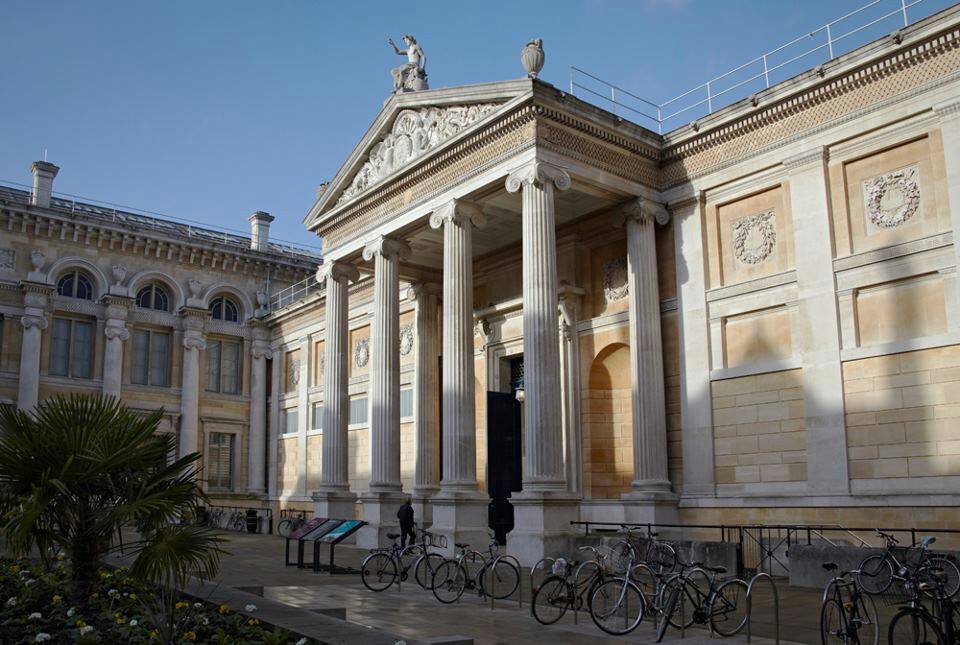 - The Amerbach Cabinet, originally a private collection, was bought by the university and city of Basel in 1661 and opened to the public in 1671. This event marks the opening of the first and still existing public museum in the world.

Today, the collection is part of a rich historical and cultural heritage in the city of Basel.

- The Musée des Beaux-Arts et d'archéologie in Besançon was established in 1694 after Jean-Baptiste Boisot, an abbot, gave his personal collection to the Benedictines of the city in order to create a museum open to the public two days every week.

Today, the museum is famous for its large collections of archaeology, paintings, and drawing cabinet. Popular items include several Egyptian mummies, works of art from notable Italian, French, and Spanish painters, and over 5,500 drawing cabinets collected from European schools.

- The Kunstkamera in St. Petersburg was founded in 1717 in Kikin Hall and officially opened to the public in 1727 in the Old St. Petersburg Academy of Science Building.

Today, its collections, which number more than seven million objects, are amongst the largest and most comprehensive in the world and originate from all continents, illustrating and documenting the story of human culture from its beginnings to the present.

- The art collection of the Uffizi Gallery in Florence was begun in the 15th century by Cosimo de’ Medici, enlarged by his descendants, and in 1743 bequeathed by the last heir of the House of Medici "to the people of Tuscany and to all nations".

Today, this is one of the most famous museums of paintings and sculpture in the world. Its collection of Primitive and Renaissance paintings comprises several universally acclaimed masterpieces of all time, including works by Giotto, Simone Martini, Piero della Francesca, Fra Angelico, Filippo Lippi, Botticelli, Mantegna, Correggio, Leonardo da Vinci, Raphael, Michelangelo and Caravaggio. German, Dutch and Flemish masters are also well represented with important works by Dürer, Rembrandt and Rubens.

- The State Hermitage Museum in St. Petersburg was founded in 1764 by Catherine the Great and has been open to the public since 1852.

The collection of the State Hermitage includes more than three million works of art and artefacts of the world culture. Among them are paintings, graphic works, sculptures and works of applied art, archaeological finds and numismatic material.

- The Museo del Prado in Madrid was founded in 1785 by Charles III of Spain and was opened to the public for the first time in 1819.

Today, we can contemplate in the Museum as greatest masterpieces as The Garden of Earthly Delights by Bosh, The Nobleman with his hand on his Chest by El Greco, Death of the Virgin by Mantegna, The Holy Family known as The Pearl by Raphael, Emperor Carlos V on Horseback by Titian, The Foot Washing by Tintoretto, Self-portrait by Durër, Las Meninas by Velázquez, The Three Graces by Rubens, and The Family of Carlos IV by Goya.

- The Belvedere Palace of the Habsburg monarchs in Vienna opened with a collection of art in 1781.

Housed in two magnificent palaces – the Upper and Lower Belvedere, and home to the largest collection of Gustav Klimt’s paintings, the Belvedere in Vienna ranks among the world’s most striking and significant museums. The Belvedere holds the greatest collection of Austrian art dating from the Middle Ages to the present day, placed in an international context. 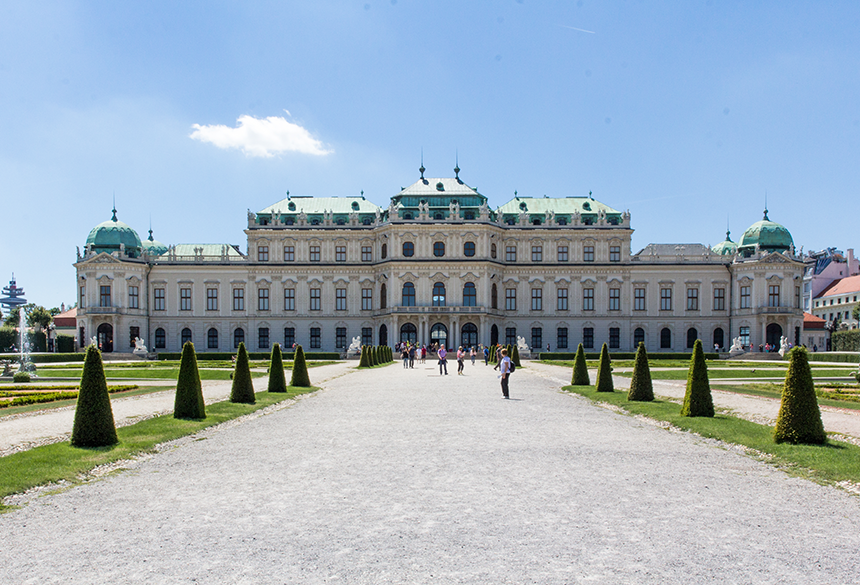 - The Louvre Museum in Paris, also a former royal palace, opened to the public in 1793.

One of the world's largest museums, the most visited art museum in the world and a historic monument, the Louvre is a central landmark of Paris. Nearly 35,000 objects from prehistory to the 19th century are exhibited over an area of 60,600 square metres (652,300 square feet).

- The Brukenthal National Museum in Sibiu, Transylvania, is housed in the palace of Samuel von Brukenthal, a Habsburg governor of Transylvania, who established its first collections around 1790. The collections were officially opened to the public in 1817, making it the oldest institution of its kind in Romania.

- The Museum of the History of Riga and Navigation is the oldest in Latvia and the whole of the Baltics, and one of the oldest in Europe. The Museum is situated in Old Riga, in a remarkable architectural monument of the 13th–20th centuries – the ensemble of the Riga Dom. It was founded and opened to public in 1773 by the Riga Town Council as Himsel Museum. The rich and diverse collections of the Museum originated from an art and natural sciences collection of Nikolaus von Himsel (1729–1764), a Riga doctor.

Today the Museum of the History of Riga and Navigation collections number more than 500 000 items, systematised in about 80 collections.