Daily art story: Van Gogh and the artists of the Petit Boulevard

Do you know "Boulevard de Clichy", a painting by Vincent van Gogh? It shows the Paris boulevard from a junction that Van Gogh often crossed. Rue Lepic, where he lived with his brother Theo, began on the right, just beyond the edge of the picture.

Boulevard de Clichy was not just any old street for Van Gogh: Cormon’s studio, where he took lessons for a few months, was located at number 104, and the Neo-Impressionists Georges Seurat and Paul Signac lived a little further along. Consequently, Van Gogh associated the street with the young avant-garde. He referred to them as the ‘artists of the Petit Boulevard’, in which category he also included himself.

Fleeting, spontaneously painted street scenes were a popular Impressionist subject and this work illustrates the movement’s influence on Van Gogh. Van Gogh used an absorbent canvas and applied the paint very thinly, creating a light, matt effect. This refined technique and the bright, contrasting colours seem to fill the image with light. 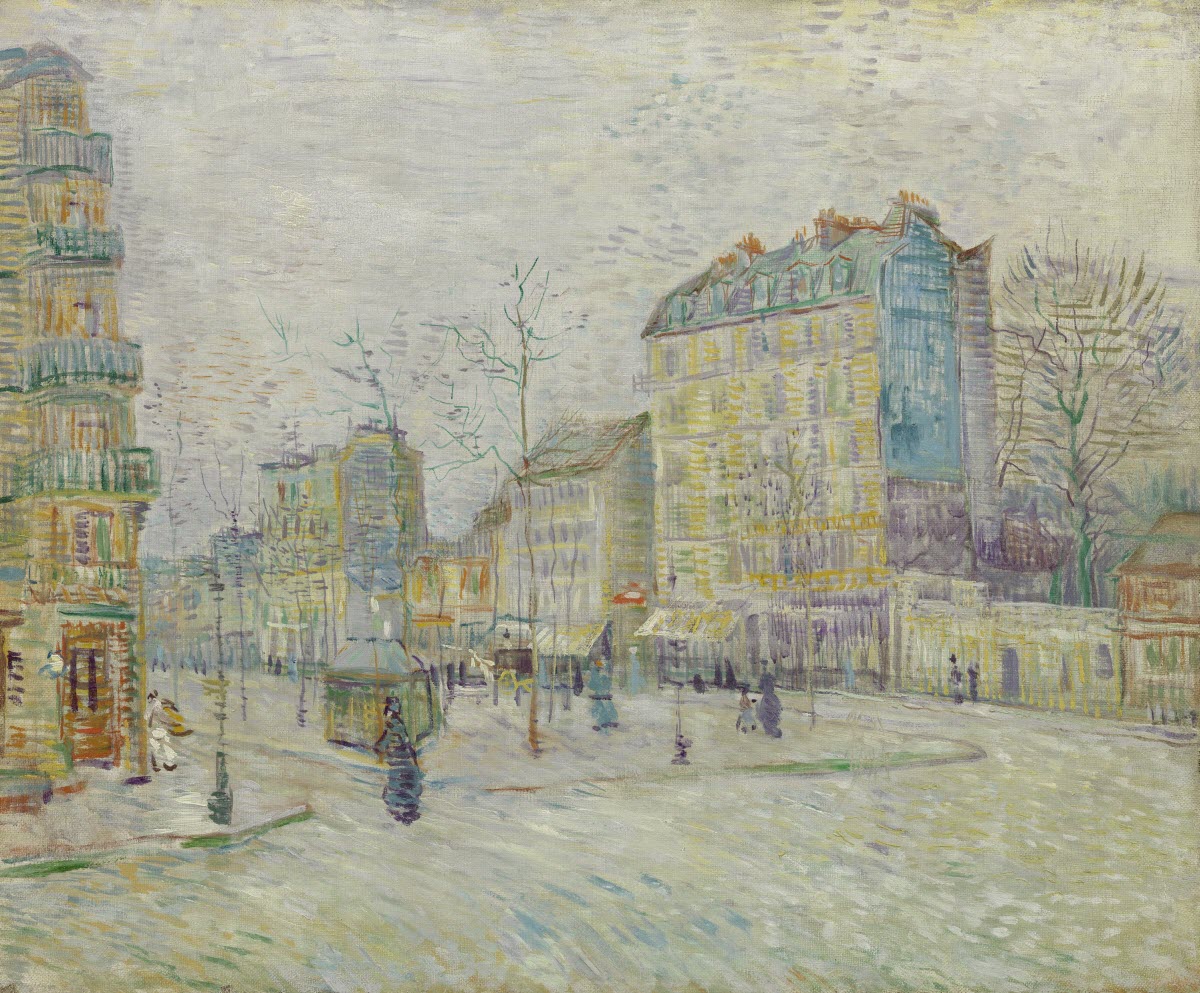 The museum also holds this drawing from earlier in the same year, "The Boulevard de Clichy".

His fellow artist Paul Signac saw the same boulevard like this a year before... 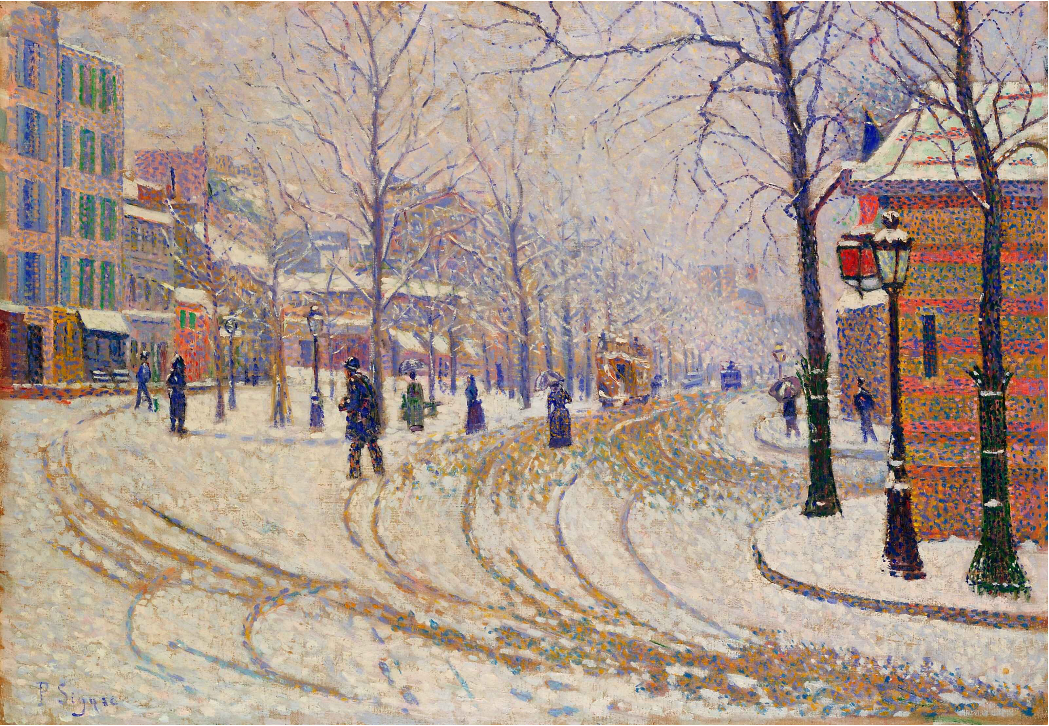