Translate to English
0
Tweet
0
“We are the two great painters of this era; you are in the Egyptian style, I in the modern style.” said Henri Rousseau to Pablo Picasso.

Henri Rousseau, who spent most of his life working as a customs officer and only started painting seriously at the age of forty, believed himself to be a great realist painter. During his lifetime he was ridiculed by critics, but influenced several generations of avant-garde artists, including his friend Pablo Picasso.

Today he is recognized as a self-taught genius whose works are of high artistic quality. His best-known paintings depict jungle scenes, even though he never left France or saw a jungle. He made many trips to the botanical gardens, perused illustrated books, and observed closely studied taxidermied animals.

Henri Rousseau, The Dream, 1910.
In the collection of the Museum of Modern Art: http://museu.ms/museum/589/museum-of-modern-art. 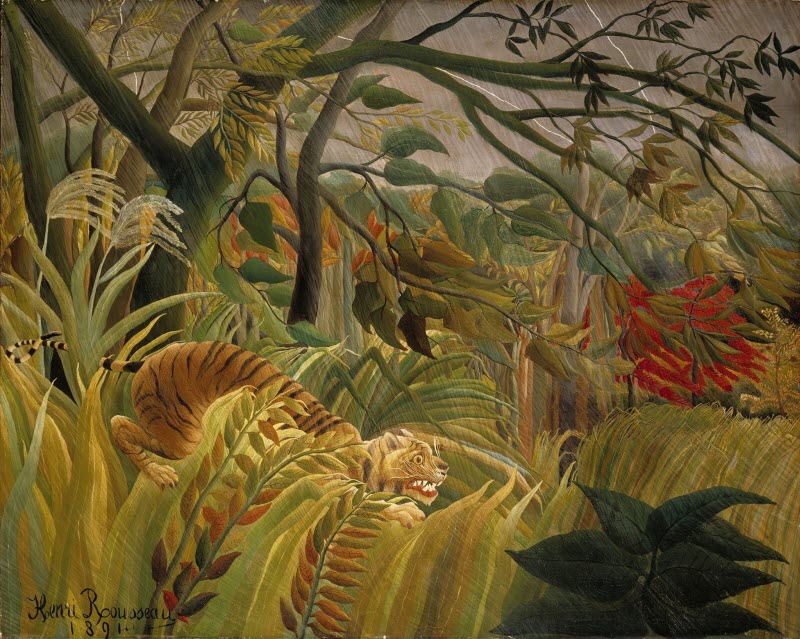 Henri Rousseau, Tiger in a Tropical Storm (Surprised!), 1891 - the first of Rousseau's many jungle scenes.
In the collection of the National Gallery: http://museums.eu/museum/details/448/national-gallery. 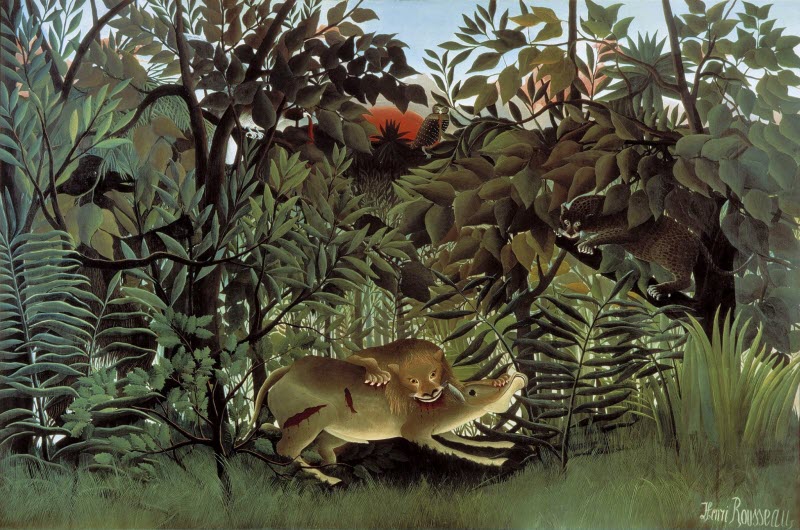 Henri Rousseau, The Hungry Lion Throws Itself on the Antelope, 1905.
In the collection of the Fondation Beyeler: http://museums.eu/museum/details/8349/fondation-beyeler.
Keywords: daily art story self-taught naive jungle scene