It's World Cat Day and as you might have already noticed - we love cats!

Louis Wain (1860-1939), a shy and eccentric personality, became famous by the age of 40 and at his most productive, painted 600 cat pictures a year, and published his celebrated Louis Wain Annuals between 1901 and 1914.

His financial difficulties, post war, contributed to a rapid decline into schizophrenia as Wain became isolated and unmanageable. In 1924 he was certified insane and admitted to Springfield hospital. Briefly forgotten he was discovered in this pauper’s asylum a year later and following an appeal involving many writers and artists, and the intervention of the Prime Minister himself, he was transferred to the new Napsbury hospital, in the Hertfordshire countryside. In these pleasant surroundings he lived on until 1935, painting ceaselessly and recreating a new and more colorful cat world.

His later unpublished work is now well known to us as it reveals his schizophrenic illness: highly colored cats become more frenzied and the pictures are often crammed with paranoid delusional writing: cats are angry and more frenetic and often in the background are the curious buildings of the mental asylums. But at times these pictures reveal a beautiful tranquility with animals living in harmony in bright utopian landscapes. (By Chris Beetles)

Louis Wain, In the Vineyard 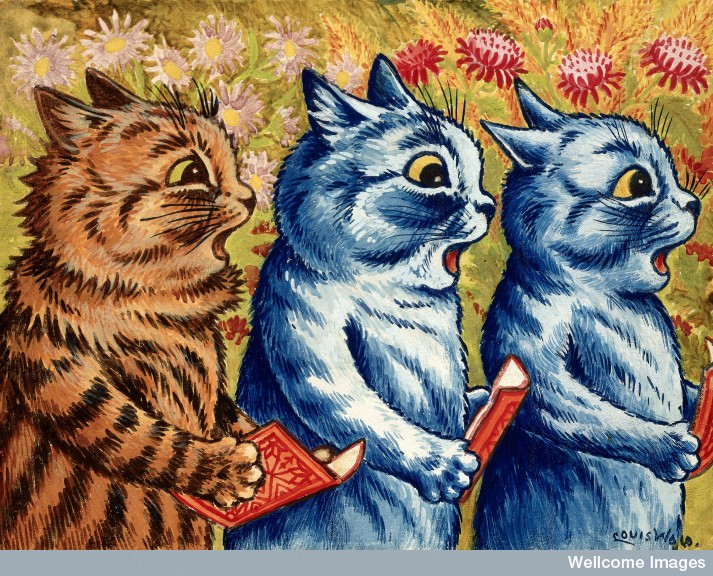 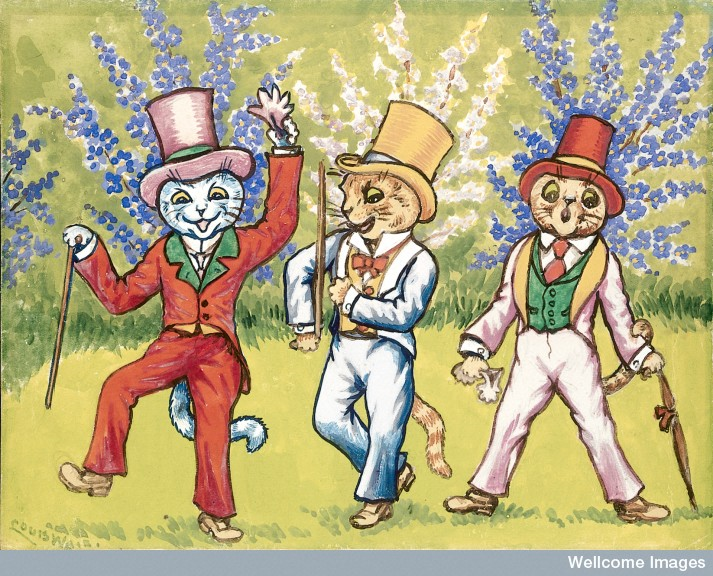 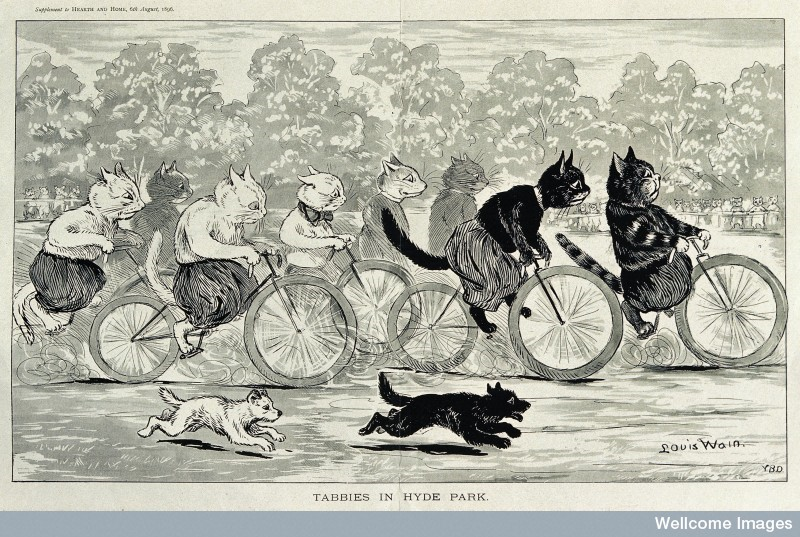 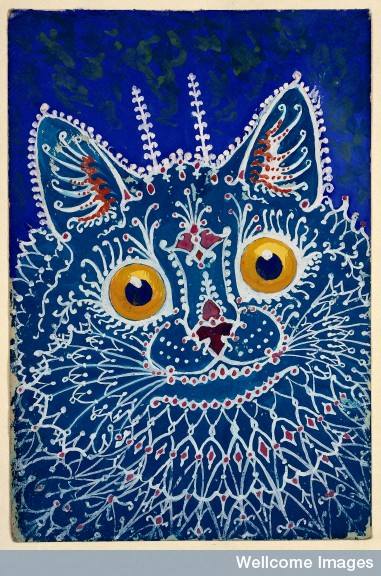 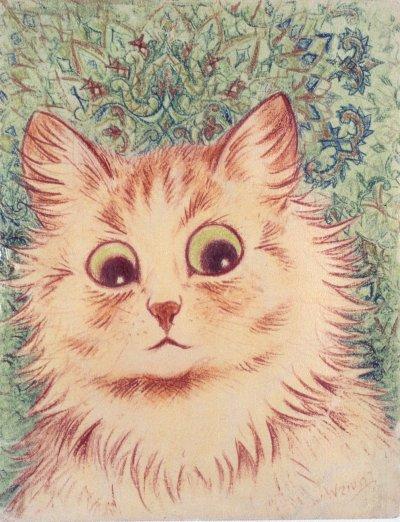 Various art styles used by Louis Wain over the course of his life within mental institutions. It is completely unknown what chronological order they may have been done in. Indeed, some may have been in-progress while others were started and completed. (Wikipedia)